A downloadable game for Windows

Sara is a pregnant college student living with her alcoholic boyfriend in a run-down apartment complex. To make matters worse, a serial killer targeting pregnant women, the Womb Ripper, is terrorizing the city. One night, the washing machine in the basement breaks down. A helpful neighbor tells Sara about a 24-hour laundromat on the outskirts of town. What she finds there might claim her life!

In order to download this game you must purchase it at or above the minimum price of $7.99 USD. Your purchase comes with a Steam key. You will get access to the following files:

Great game! Thank you so much.

Just played your game, and all I can say is "wow!" You did such a fantastic job with the spooky atmosphere, and the scares were great! I had an absolute blast! I just posted part 1 of this on my channel today, and I'll be putting up part 2 tomorrow. Keep up the good work! I'm stoked to see more!

"There are no keys available at this time, try again later" -- Getting this error, I purchased this in the Torture Star Bundle. Looks like someone else did as well. Help?

"There are no keys available at this time, try again later." help

The intro made me scream 3 separate times, I kinda wished that carried over more into the rest of the game that had decent jump scares but not quite on the level of the intro.  Lots of fun and I can't wait to play more from this developer.

Reply
Meeka Nomicon66 days ago
Game was a lot of fun, that slow build up of horror as so many warning signs to who the killer is. Those moments on the bus does a great job in making you distrust people, especially in how simply creepy the interaction is.

The game really reminds me of Friday the 13th, an unstoppable monster of a villain that has singular minded goals and butchers everything. Honestly the game does a great job in building into the old horror movie tone.

this is one of my favorit games

saw markiplier paly it months ago and just remembered itch.io was a thing so had to get it to play for myself hope uou make more games as great as this

Great game my community absolutely loved the game. Well done on the design!

I really enjoyed this game, worth the money!

Bought the torture bundle and this one doesn't have any steam keys?

Worth the money and the time if your looking for something scary!

This Game is a absolute Horror Blast! I played Murderhouse first, but Bloodwash is even more atmospheric and has a 80's like slasher Story with great jumpscares. Not convinced yet? Check out the Gameplay:

I would like to know if "Reapers" "SinEater" and "Urban Legends" are real comics or were created specifically for the game.

Beside this, very good B-movie like game with an amazing serial killer story.

Reply
uglymangreg213 days ago
A MANIAC is AFTER ME While at THE LAUNDROMAT [Bloodwash - Full Game]
Reply
Y23F45239 days ago
Credits and much love to you, developer! Thank you for the AWESOME game. I can't wait for the next one. I get to play this in the Philippines!
Reply
Galactium243 days ago

I am a huge sucker for psx style games and retro horror, and this game does hit a hotspot. It's you're your typical horror movie but in video game form.

i love love love these type of games. 10/10. we need more of this man keep it up

This game was awesome!! There is so much packed into it. I love everything about it ^_^

washing blood is just making ketchup when you dont shake it

Reply
shemazle282 days ago
This Game Had Me Jumping All The Damn Time Good Stuff!!!
Reply
kashbrown1286 days ago(+1)
This game gave me so much anxiety! it had such a creepy atmosphere and the suspense really got to me. Super creepy and a lot of fun!
Reply
ASTROZOMBIE299 days ago

Wish there was a OST for sale, great music in here

I WANNA SEE THE MANAGER FOR THE JUMPSCARES

( jk love ya developer and the team :D )

brilliant game. I had so much fun with this game. I started recording it but my computer decided to ruin the footage halfway through, so I decided to live stream it instead and I'm so glad it did. I love the mystery aspect of the game and how you are doing the investigating. and so much more besides this made playing this an awesome experience.

This was a stellar experience and my first time playing a Puppet Combo game. I’ve always heard good things, and I wasn’t disappointed here. As a horror game, it’s well put together; there's a fair number of scares, unsettling moments, and creepy characters throughout the hour or so of playtime on offer.

I’ve always enjoyed the low poly style visuals, it lends itself to horror games, and that’s no exception here. The VHS and grain effects are also a nice touch though it’s good that the user can turn those off if they wish. The audio is probably one of the most unsettling parts of the game, and I mean that in the best way possible. From the cries of babies and well-timed stings to the eerie and suspenseful music played as things pick up, the audio is a treat.

One thing that stood out to me here though is the attention to detail; it felt like there were so many easter eggs and little things to do and explore in the game that it was fun just trying to run around and see what could be found. From calling a number found in the bathroom to collecting full-fledged comic books, there’s so much to see and do; and secrets to discover.

At the end of the day, it was a fantastic game to play. Linked here is a video highlighting moments of my time with the game.

honestly the best game i've played in years, keep those horror and sleaze easter egg/shoutouts coming! walking around peepaw's is like being in a time machine of fun.

Who doesn't enjoy a good Puppet Combo game with an immersive story and a gun?

First time playing a game like this and I loved every minute of it!

Do these still include Steam Keys? I bought the Torture Star pack during the Halloween Sale and did not receive keys for any games.

I usually don't get jumpscared of video games, but this is something amazing! It deserves my money that I paid!! If you are looking for a horror video game then this is the one

The game was awesome and scared the shit out of me a lot of times..

Btw, here is the video of my gameplay. I'm a random brazilian who enjoys playing some horror games from itch.io/ steam (it's in portuguese).

Thanks for the game, guys!

Reply
Eshbaal346 days ago
So I can't claim to played every game of yours (I still need to try Search Party), but I absolutely loved Salazar House when I did play it (and once I stopped dying every two steps), so I had to check this one out. Besides, with a title like Bloodwash and this premise, how could I say no?

I'm amazed just how different your games are in terms of presentation. From the much more somber Salazar House to this Slasher Movie extravaganza, it's like night and day. Voice acting was excellent all around, and once the slasher part gets going, it GETS GOING.

It was kind of oddly paced in that you spend a good chunk of the game really just going to do laundry and meeting the occasional weirdo, but it was a lot of fun just to explore - you will see I had a blast looking around in the shop at all those awesome fake film and video game covers (and the inclusion of ACTUAL horror comics is insane! So cool!)

This game is balls to the wall with its slasher vibe once it starts, and if I have to point anything out, it's that the final confrontation gets just a tiny bit weak after all that buildup, with you doing little more than walk around and shoot. Slashers tend to off their killers in extraordinary ways, and it might have helped.

But that's about all I can really put a finger on, and that's absolute peanuts. What a great game. Glad I played it.
Reply
TechMess347 days ago

Absolutely loved this game, fantastic retro horror. I highly recommend buying and playing this, stoked to see what comes next! 3 Part series. 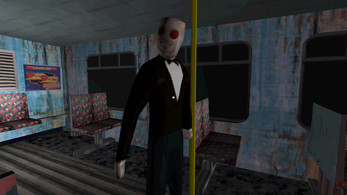 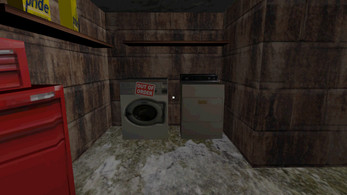 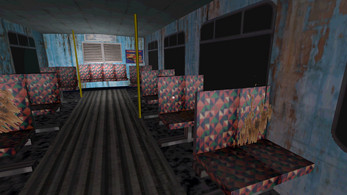